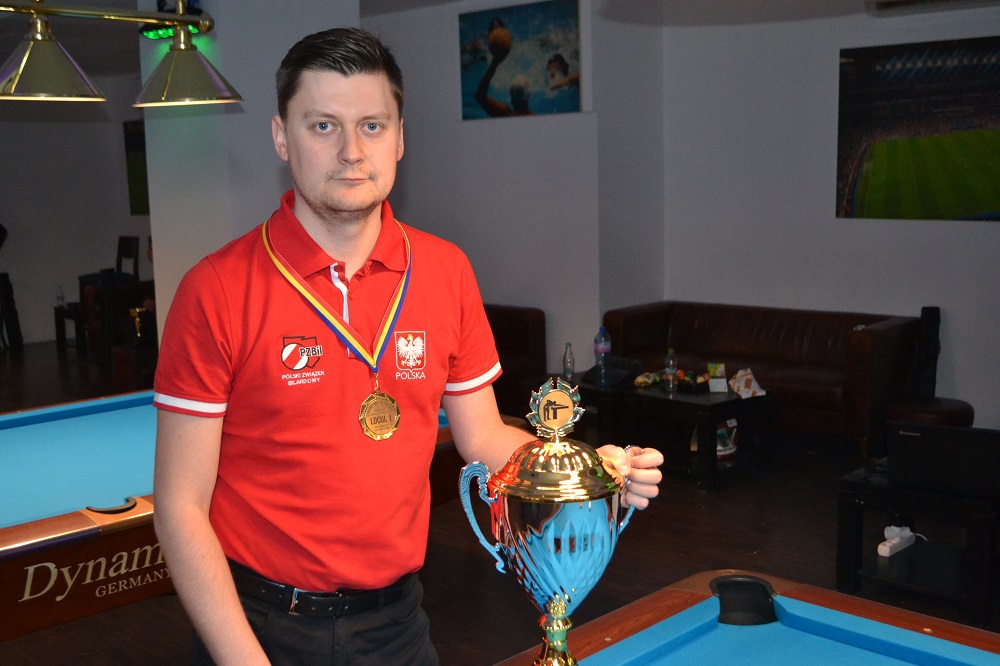 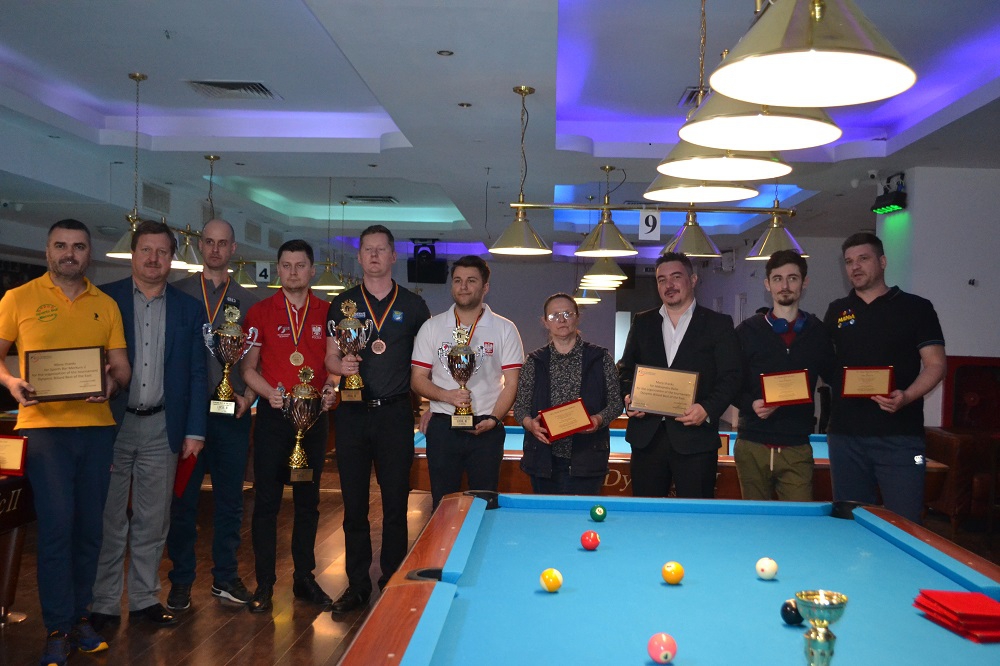 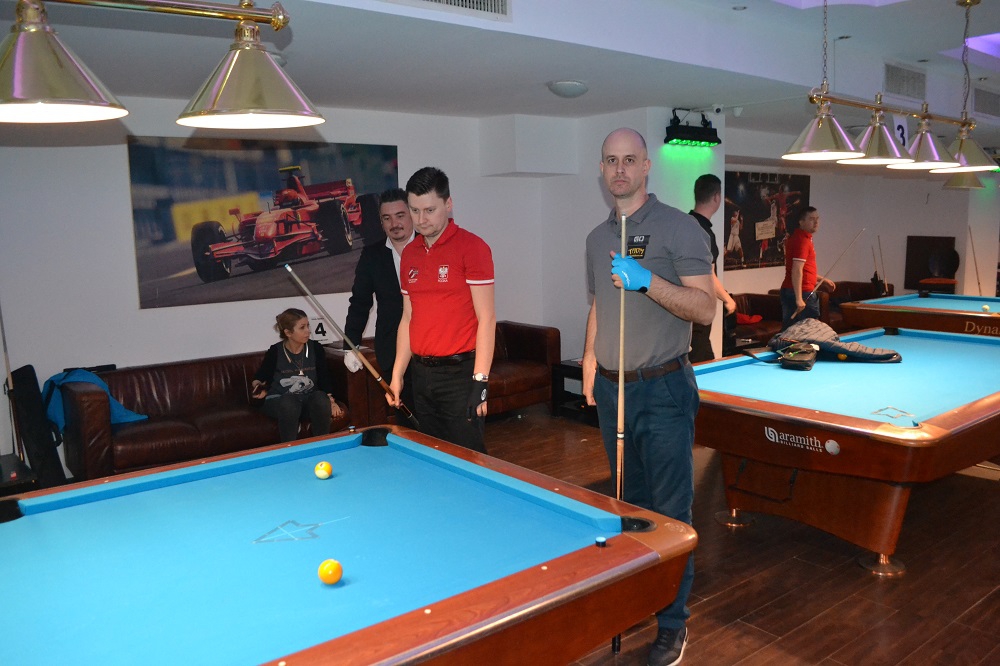 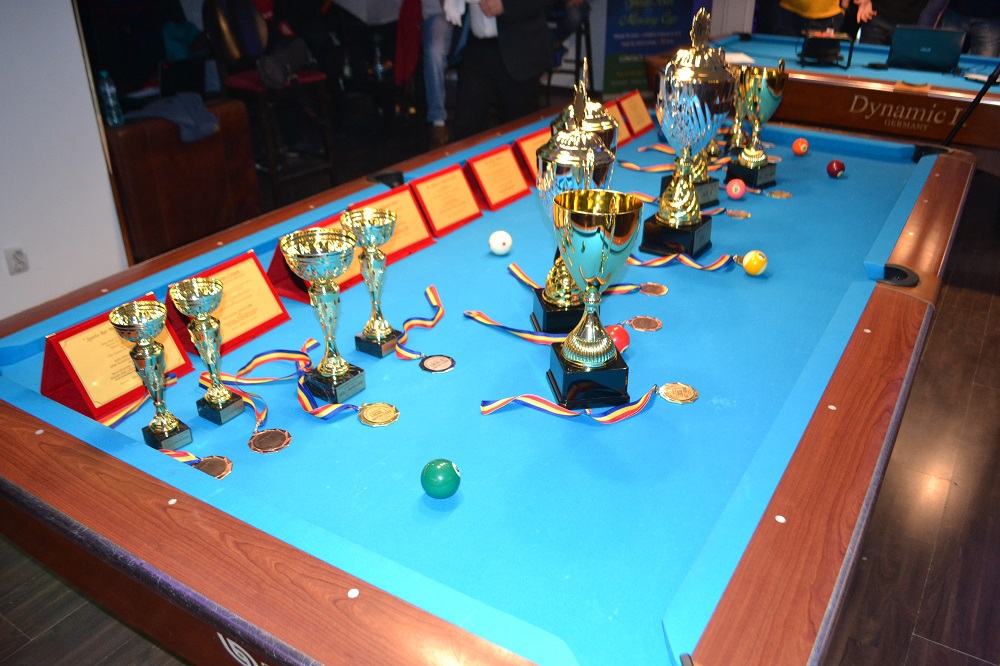 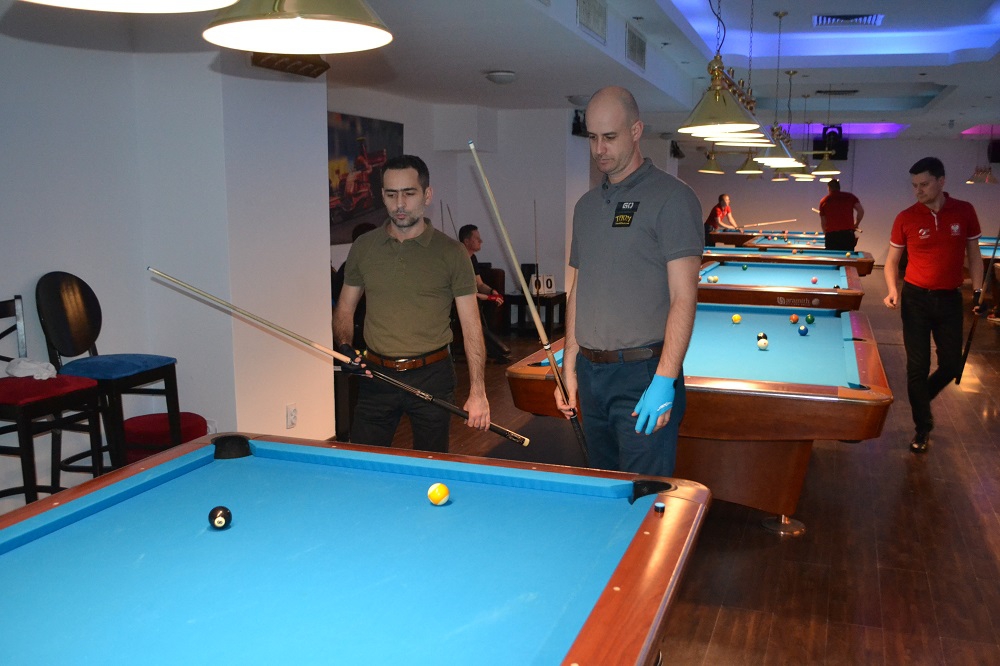 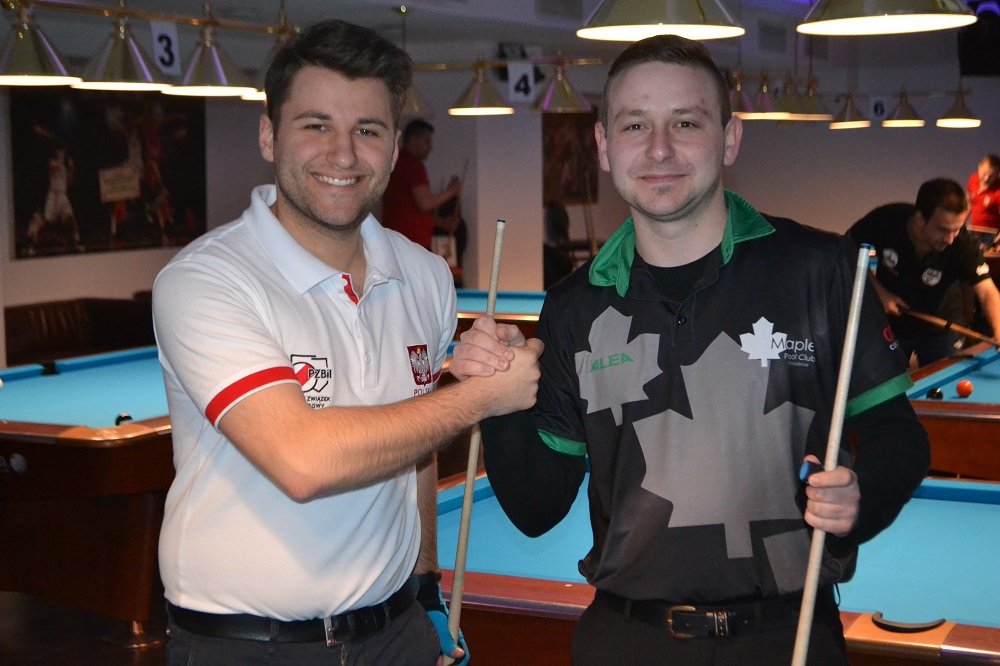 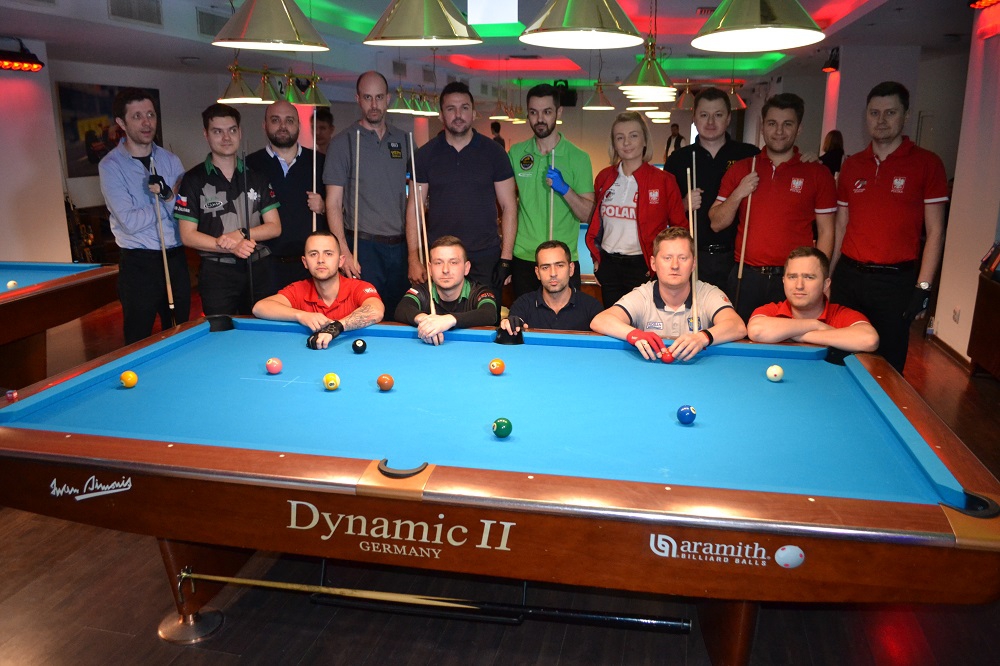 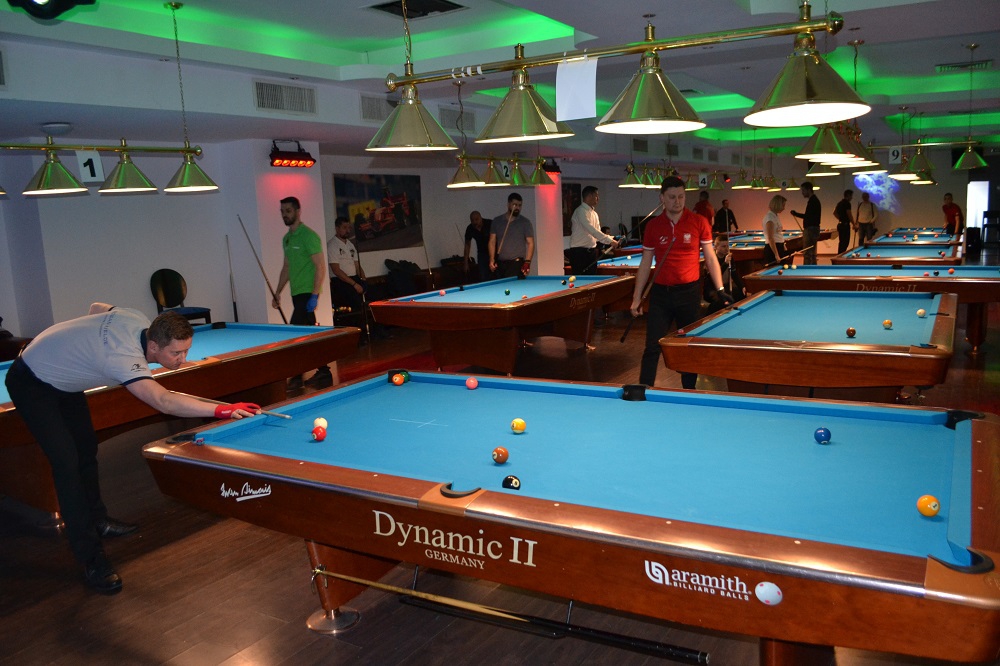 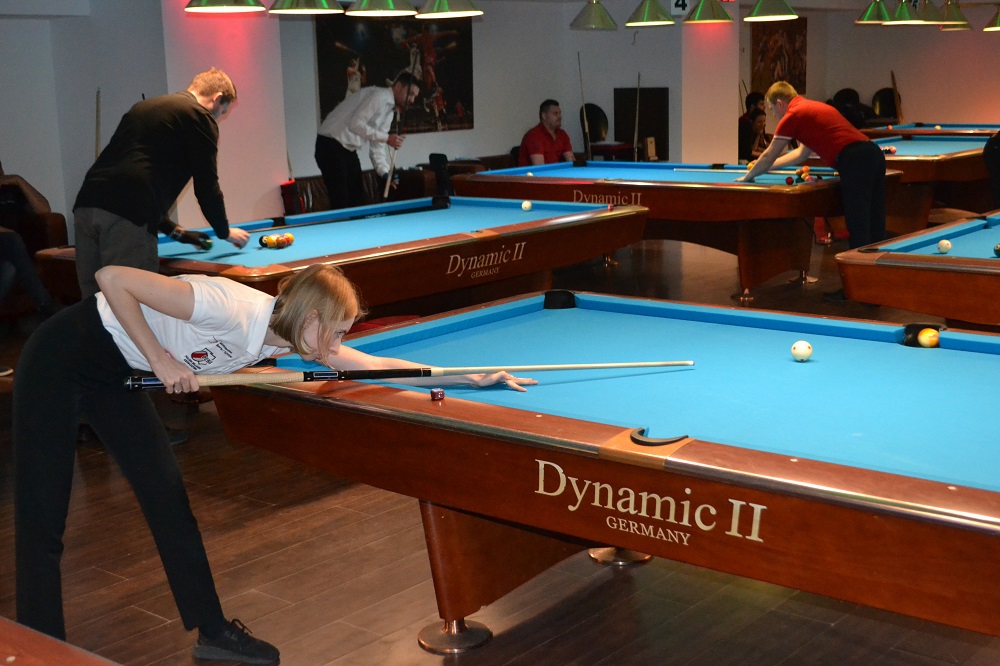 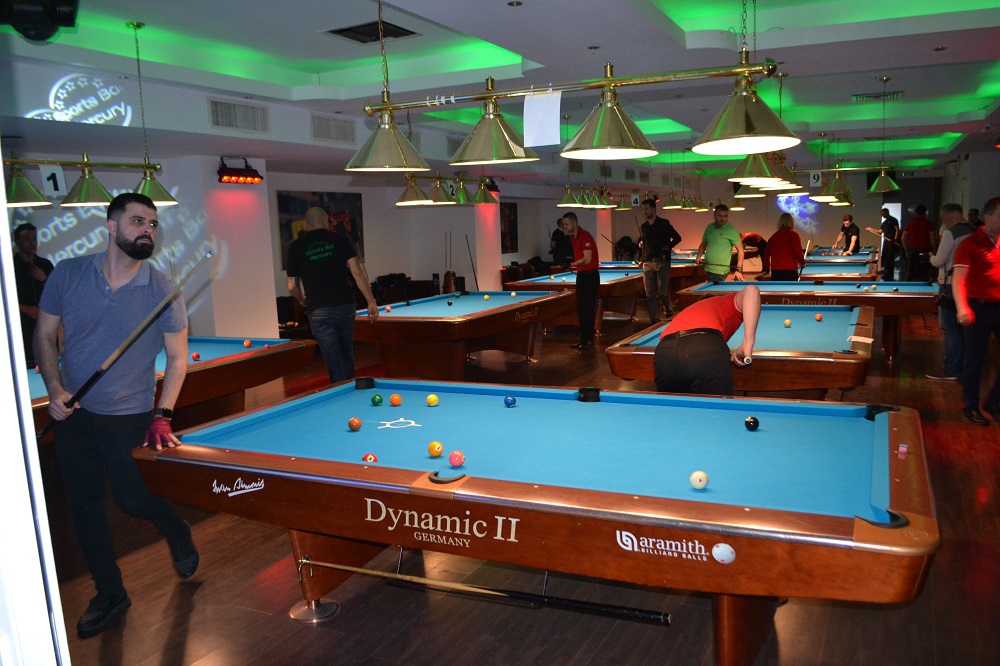 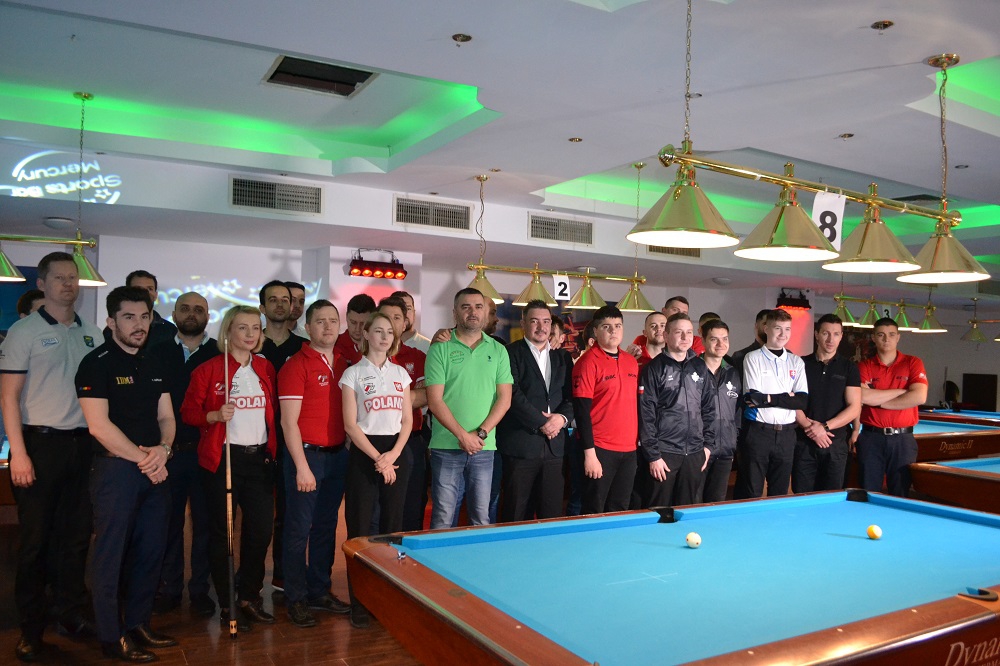 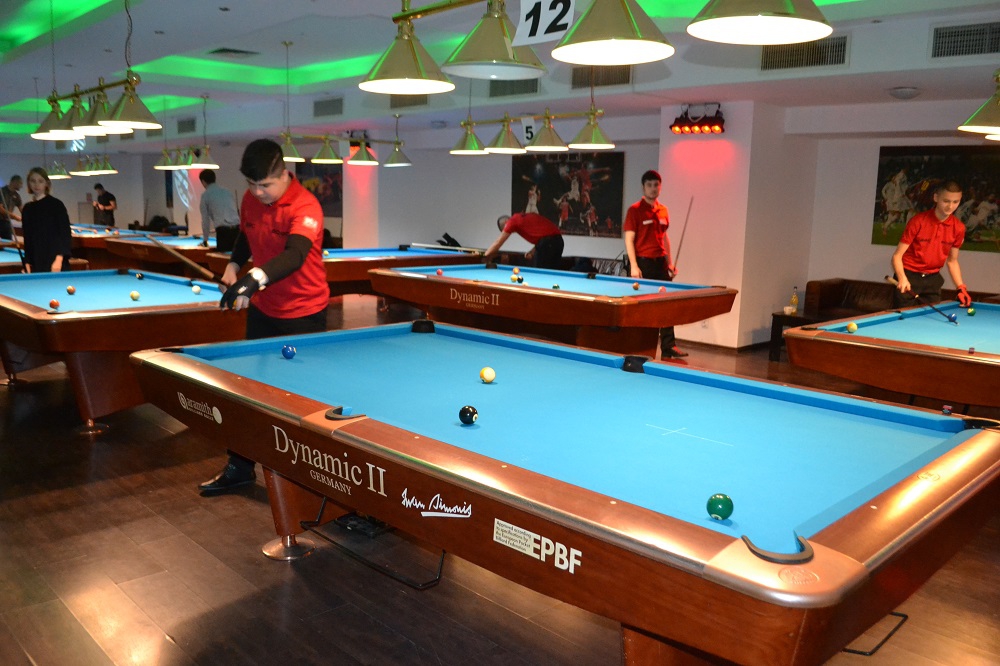 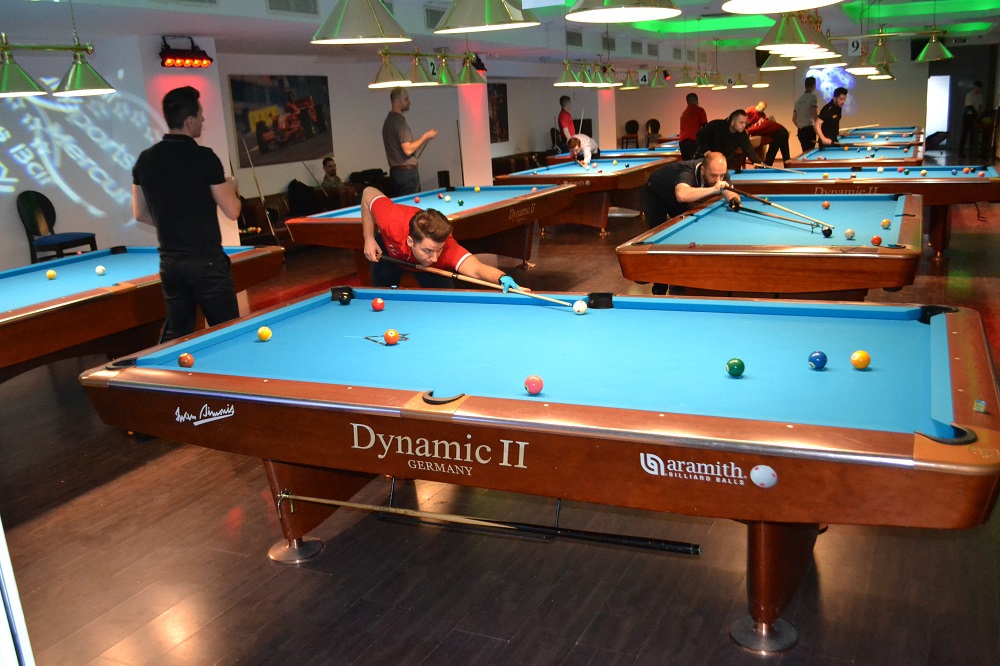 Karol Skowerski (POL) won the Dynamic Billard Best of the East tournament in Bucharest on 13-14 April. In an interesting final, he beat Ciprian Gindać (ROM) 7:6. The bronze medals were won by Poles: Michał Turkowski and Sebastian Batkowski.

“With my experience, I’m planning to achieve the best result I can when I’m going to a tournament. It would be illogical to expect further places. The tournament in Romania took place 2 weeks before the European championships. That’s why it was an important test in which, among other things, I was checking the effectiveness of my break” said Skowerski.

The tournament in the Mercury 2 club has gathered the players from: Bulgaria, Romania, Poland, the Czech Republic and Slovakia. Unfortunately, the expected Hungarians, Serbs and Macedonian players did not arrive. In comparison to the previous years, there were significantly less Romanians. In the first phase of the tournament, each player in the group played with each player. Then, the two of the best players passed to the play-offs. All matches were played up to 7 wins in the 9-ball version.

The competition’s winner had a bloomer in the first match which he lost 4:7 with Robert Braga (ROM). In the next matches, Skowerski won and Braga lost 3:7 with his compatriot Traian Marinca. Finally, Karol got to the quarter-finals from the first place and Robert – from the second place. The randomization made them meet in the quarter-finals in which Skowerski was better (7:5).

The ranking’s leader, Bulagrian Georgi Georgiev started the tournament with 4 group wins. He gained 28 games of pools and lost only 5. In the play-offs, he fought with Sebastian Batkowski (POL). Sebastian played a good match and eliminated the Bulgarian (7:4).  Batkowski reached the semi-final by winning the previous round with the Czech Peter Urban (7:5). He was stopped by Skowerski in the fight for a final (7:3).

The second finalist, C. Gindać won all matches in the group. Then he was better than two Romanian players: R. Maicana (7:3) and M. Babkena (7:6) as well as a Pole M. Turkowski (7:4).  Turkowski and Batkowski have significantly contributed to the changes in the general ranking, which determines the EEBC representatives for the EEBC – Africa ( Afri-East Euro Cup) match. In the 1/8 of the finale, Michał beat the 2018 ranking leader, Mariusz Skoneczny (POL), and Sebastian beat the winner of Serbia 9-ball, G. Georgiew. In this situation, the first place was gained by Karol Skowerski ( 165 points). The further places belonged to: G. Georgiev (BUL) – 155 points, M. Skoneczny and M. Babken -130 points; P. Urban, M. Turkowski and S. Batkowski -125 points.

As stressed by the cycle’s manager, Marcin Krzemiński, in its 18-years-old history Dynamic Billiard Best of the East has trained many participants and paved the way to European laurels. It was and it still is a chance for taking part in the international competition for several hundreds of athletes. The president of EEBC also thanked the event’s hosts. Alexandru Balas, the main referee of the Dynamic Cycle, had a new, double role since now he was also a tournament host. The participants of Romaina 9-Ball applauded the president of ATD Dynamic from Bucharest, Adrian Tabacaru, who was in hospital. For many years, ATD was the main partner of EEBC in organizing tournaments in Romania.

Traditionally on Friday, the pair tournament EEBC Team Challenge (won by K. Skowerski-M. Turkowski) took place. On Saturday, there was a second-chance tournament. Here, the best player was M. Skoneczny (in the main group) as well as Adi Messi, Catalin Foi, Ilena Ionescu and Dimitrie Jelesscov among amateurs.